For a Windows user who recently migrated to Ubuntu Linux, Gnome System Monitor is a similar tool to Windows Task Manager.

Gnome System Monitor (from http://freecode.com/projects/gnome-system-monitor) is a GNOME process viewer and system monitor with a nice easy-to-use interface, It has some nice features, such as a tree view for process dependencies, icons for processes, the ability to hide processes that you don't want to see, graphical time histories of CPU/memory/swap usage, the ability to kill/renice processes needing root access, as well as the standard features that you might expect from a process viewer.

It is generally available as default to Linux Distribution, else you can install by typing following command in terminal:

You can also run System Monitor from dashboard: 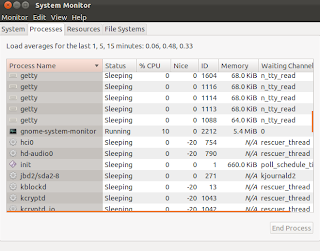 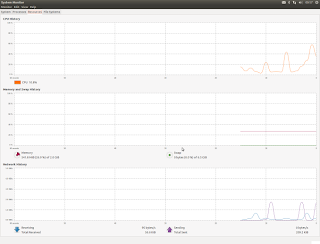 Tip: To view all processes, go to “View” and select “All Processes”:

Tip: If you try too stop./end/kill some processes with gnome system monitor : it gives error: operation is not permitted